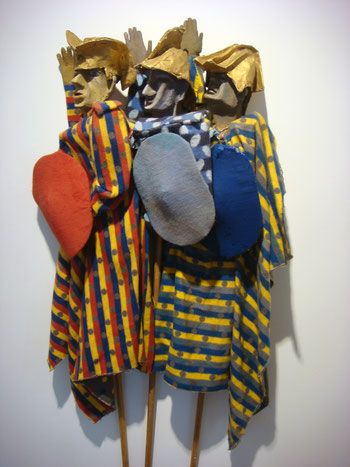 With live musicians, the spectacle “L’histoire du petit tailleur” was staged in Paris for weeks.  Tibor Harsanyi (1898-1954), Hungarian composer of the group École de Paris, collaborated closely with Hildegard Weber to compose music which is still available as an orchestral piece on CD.

In 1937, Hildegard’s marionettes were awarded a gold medal at the “Exposition internationale des arts et métiers” (international exhibition of industrial art and design) in Paris. The marionettes were to be shown at the Swiss Landesausstellung 1939 in Zurich, but the impending world war made this impossible. 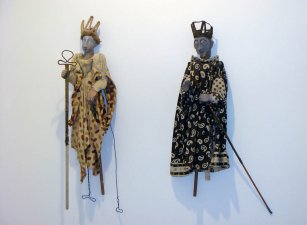 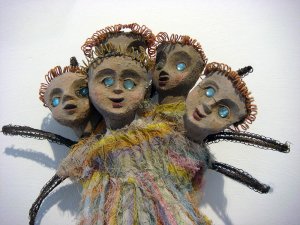 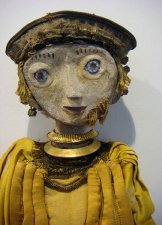 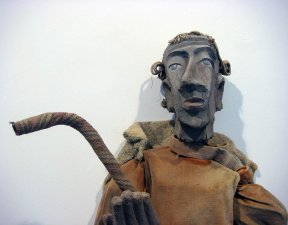 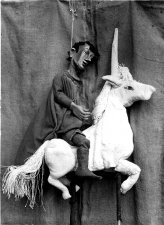 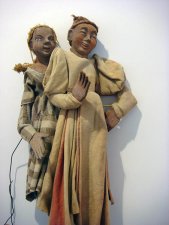 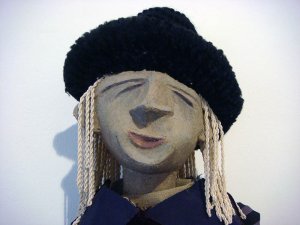 Click on the picture to have a zoomed presentation which can be browsed. 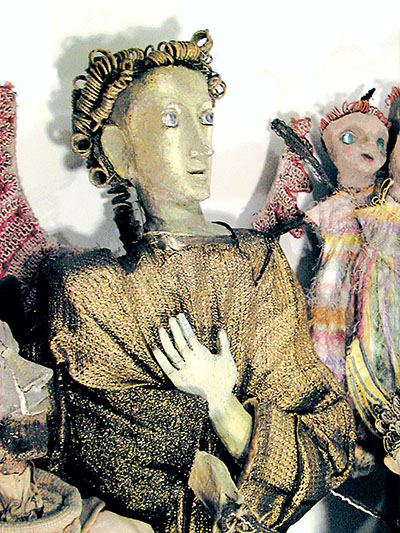 Christmas Angel, decorated at the World Technical Exhibition in Paris, 1937